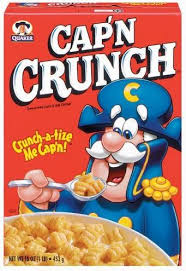 On Friday, Andy Smith, author of Eating History: Thirty Turning Points in the Making of American Cuisine, was on The Leonard Lopate Show to discuss the history of breakfast cereal.

Joined by none other than Edwin Chavey (aka Mr. Breakfast), director of The Cereal Project , Smith discussed the popularization of Quaker Oats in the 1890s, the invention of shredded wheat, and revealed the role of vegetarians in promoting breakfast cereal as an alternative to the heavily meat-inflected breakfast meal of ordinary Americans in the nineteenth century. Smith and Chavey also looked at the “dark side” of breakfast cereals—sugar—and the ways in cereal has been marketed to children.

Finally, no discussion would be complete without touching on why Grape Nuts are called “Grape Nuts” despite having neither as ingredients and how Rice Krispies achieves its snap, crackle, and pop.

Listen to the entire discussion: