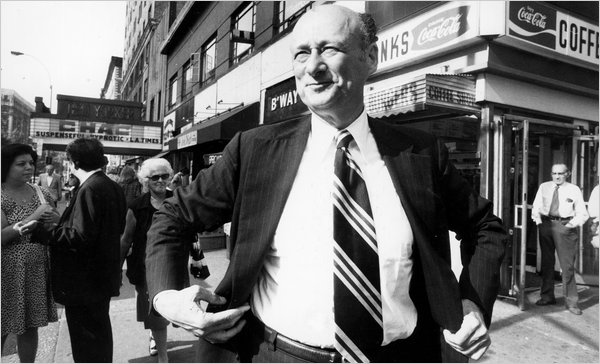 Sam Roberts begins his New York Times review of Ed Koch and the Rebuilding of New York City by citing a decade-old survey of scholars, which ranked Koch as the 15th worst mayor in American history. Not too good. But is this assessment fair?

In his book Soffer offers a new view of Koch’s legacy, arguing:

According to Soffer, Koch’s own style, his cockiness, not to mention his racial divisiveness did not help his reputation but that should not negate the fact that “Koch bravely faced one of the worst crises in New York history, restructured the city with minimal help from the federal government and kept it solvent and growing for a generation.”

For more on the book, you can also read an interview with Jonathan Soffer.