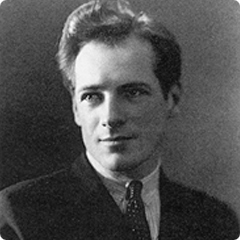 Here is the second half of the preface to Theos Bernard, the White Lama: Tibet, Yoga, and American Religious Life. (You can read part 1 here):

In talking about Theos Bernard, there are a number of different ways of approaching him. It is possible to speak of Bernard in terms of his accomplishments in his role as a pioneer. As a first-generation American explorer in Tibet, he was only the third American to successfully reach Lhasa, the capital, and the first “Westerner” (American or European) to do so as a religious pilgrim. While there, Bernard amassed what would be the largest collection of Tibetan texts, art, and artifacts in the Western Hemisphere for more than thirty years and documented, in both still photography and 16-mm film, an age-old civilization on the eve of its destruction. Bernard presented the first dissertation in religion at Columbia University in 1943 and in doing so was the catalyst for the founding of the religion department there. Bernard was the first Westerner to recognize the uniqueness of the scholar Gedun Chöpel (dge ’dun chos phel, 1903–51) when they met in 1936, and attempted to bring him to America in 1941. Bernard was also the first American student of Geshe Thupten Wangyal (thub bstan dbang rgyal, 1901–83), who would later teach at Columbia University before establishing himself as a teacher in New Jersey and, like Dezhung Rinpoche in Seattle, would become the guru and paramguru to a large contingent of today’s American scholars of Tibet. Bernard’s list of “firsts” could be continued.

Alternately, it is possible to speak about his role in and influence on subsequent academic and popular interest in Indo-Tibetan religion and culture. Guided by his father over his last two decades, Bernard was groomed as both a scholar and a new religious leader for America in the traditions of Indian yoga and Buddhist tantra. In the late 1930s, he embarked upon a journey to India and Tibet that would set the tone for a whole generation of religious seekers from Europe and America in the 1960s. Within only a few years of his death, Bernard’s book on haṭha yoga would be translated into French, German, and Spanish. Slightly more than a decade later, his semiautobiographical works would also become standard reading for a whole generation interested in “Eastern” religions and traveling to India.

Much as 1960s American culture cast its shadow over the latter part of the twentieth century, so too the early twentieth century inhabited a world strongly defined by the nineteenth. The cultural landscape of late nineteenth-century America—which, in many ways, set the stage for Bernard’s life—was host to an explosion of alternative religious movements that ran the gamut from modification and innovation to complete repudiation, from Spiritualism and Universalism to Mormonism, Christian Science, and Theosophy. While key figures were producing or revealing new scriptures and pseudepigrapha, others, dubiously credentialed, were importing ideas from India and China wholesale and utilizing them to reformulate normative Protestant Christian ideals. So vibrant were these enterprises that the twentieth-century alternative religious movements that would directly result from them seem little more than their cultural stepchildren by comparison. More significantly, however, the subsequent manifestations of these traditions in American society would retain the marks of that first generation of religious innovators, instantiating the nineteenth-century Protestant ideals of pietism and affective religiosity, anticlericalism, personal unmediated access to knowledge of the divine, and populist and egalitarian notions of participatory religion—all of which were effectively missing in the source traditions of Asia that were being drawn upon. With these movements taking on a life of their own, their putative origin seems to have been less a source of new ideas than a source of new symbols, words, and images divorced from their actual meaning—a tabla rasa for the projection of religious fantasies. It was a realm whose pinnacle was Tibet.

Indeed, throughout the late nineteenth and early twentieth centuries there remained, occasionally peeking above the surface, this mythic image of Tibet—a physically esoteric land concealing an even more esoteric body of mystical knowledge. Reports of “high lamas” and ornate temples filled with all varieties of gods and golden riches were standard in newspapers of the day, from references to the “Deliah Lama” to the adventures of Marmaduke M. Mizzle in the “lamasery” of Shigatse. A land “bounded on the south by the highest mountains in the world . . . Tibet could be imagined as a domain of lost wisdom,”
and by the 1930s this myth was being projected across America with full force.

James Hilton, in his wildly popular novel Lost Horizon—and later the film by the same name—gave these ideas a palatable expression in American mainstream culture. The literary trope of “hidden kingdoms” and “lost worlds” was standard for many a writer, from Jules Verne to Arthur Conan Doyle; with the exploration and mapping of most of the known world by the early twentieth century, such tales were the expression, and eventually the last gasp, of nineteenth-century adventurism. By well into the early twentieth century, few spots in the world remained “unexplored” and suitable as a home for “the unknown.” While Merian C. Cooper and Edgar Wallace set King Kong’s “home” on a mist-shrouded island in unnavigable waters in the South Seas, Hilton set his in Tibet, and in 1933, as the icon of just such a lost world was scaling the heights of the Empire State Building before the eyes of moviegoers across the nation, Hilton’s Lost Horizon was beginning to climb the sales charts in William Morrow’s New York publishing offices only a dozen blocks away.

What both visions offered the American public was the hope that another world existed somewhere—one not ravaged by economic depression, threatened with war, or simply beaten down by the oppressiveness of the mundane. Without even the solace of a cold beer, many Americans found comfort instead in the myth of such “other” worlds, outside of their own and untouched by time. What differentiated Hilton’s book from the many that had gone before, however, was its theme. While other authors penned tales filled with pulse-pounding dangers or titillated their readers with descriptions of exotic princesses, Hilton’s narrative capitalized on the public’s enthusiasm for mystical truth, offering the promise of a hidden sanctuary where the knowledge and values of mankind were being preserved and sheltered from the chaos of the everyday world. It was a sanctuary that could only exist in the last such unconquered refuge: Tibet.

Like the otherwise run-of-the-mill conspiracy novel of recent years, The Da Vinci Code, Hilton’s otherwise run-of-the-mill “lost world” adventure story was distinctive for its religious—specifically, Christian—overtones. Despite the fact that Tibet was and remained the greatest Buddhist kingdom the world had seen in over two thousand years, the sacred “truths” being preserved in Hilton’s “hidden valley” of Shangri-La were European truths guarded by a Capuchin friar who had discovered the secret of eternal life. To the “High Lama” of Shangri-La, it was clear that there would be “a time when men, exultant in the technique of homicide, would rage so hotly over the world that every precious thing would be in danger, every book and picture and harmony, every treasure garnered through two millenniums, the small, the delicate, the defenseless—all would be lost.” More than just physical artifacts, it was also the “universal truths,” endangered and forgotten in the world outside of Shangri-La, that concerned the monks of that “lamasery.” As one lama in Hilton’s novel asked, “Must we hold that because one religion is true, all others are bound to be false?” implying a deeper truth that they had found underlying the various religious “truths.”

Tibet was—for Hilton and so many other writers who tried to capitalize on the book’s success (Bernard included)—the natural sanctuary for all knowledge and the place to which those who sought it would have to journey. It was a destination that only a few—privileged by wealth, power, or mysterious good fortune—could reach. In an era when a well-funded explorer could circulate among the highest echelons of society, Bernard did precisely that. In his brief lifetime, Bernard met, associated, and corresponded with the social, political, and cultural icons of his day, from the Regent and leading politicians of Tibet to saints, scholars, and diplomats in British India, and such notables as Sir Francis Younghusband, Charles Lindbergh, Mohandas Gandhi, Jawaharlal Nehru, and Franklin Delano Roosevelt.

Bernard himself first came into the public eye in 1937, when his exploits in Tibet landed him on the front page of The New York Times. It was the same year that Frank Capra released his film version of Lost Horizon. When Theos Bernard returned to New York that fall, he brought with him precisely the images and stories he needed to play into the popular mythic identity of Tibet as Shangri-La. Of Shangri-La itself, the film concluded with the declaration, “I believe it because I want to believe it.” Of the many who flocked to see and hear Bernard regale audiences with his adventures believed him because they wanted to believe. Although not so imaginative (though at times almost as fictitious) as Hilton’s story, Bernard’s own account was just as romantic, for unlike those who had gone before, he was seeking something different. Alexandra David-Neel, William McGovern, and others had all told what there was to find, he declared, “but no one has revealed what lies behind that which exists, and here is my task.” For Bernard as well, it was a foregone conclusion that there was special knowledge to be found in Tibet. Indeed, by the 1930s, this fascination with Tibet as a locus of esoteric knowledge was by no means novel. If anything, it was merely the latest round in a series of ongoing exercises in the countercultural circles he was participating in. It was yet another episode in the search for a new, undiscovered level of reality within the realm of human grasping—knowledge of which the right person could bring back to the West.

Thus, in telling the story of Theos Bernard, this book also recounts the story of one “America”—a counterculture America that was irresistibly drawn eastward toward the spiritual landscape of India and Tibet. From the earliest murmurings of vague and ill-conceived fascinations in the late nineteenth century down to the cottage industries of the present, this mythic image of the East—and of Tibet in particular—has been and remains a compelling icon in the American psyche. What inspired such journeys of both mind and body for many, and where it led for one, is what this book hopes to tell.