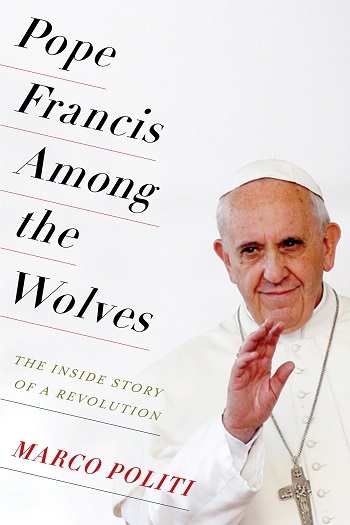 “Now, on 13 March 2013, Cardinal Giovanni Battista Re, president of the conclave, was asking him if he accepted his election. Bergoglio answered yes without hesitation, and he added in Latin: ‘Vocabor Franciscus in memoriam sancti Francisci de Assisi’ (I will be called Francis in memory of Saint Francis of Assisi).” — Marco Politi

This week (just in time for the Pope’s visit to the East Coast!) our featured book is Pope Francis Among the Wolves: The Inside Story of a Revolution, by Marco Politi. Today, we are happy to present an excerpt from “Francis’s Fear,” the second chapter of Politi’s book, in which he tells the story of how Francis was chosen as the successor to Pope Benedict XVI.