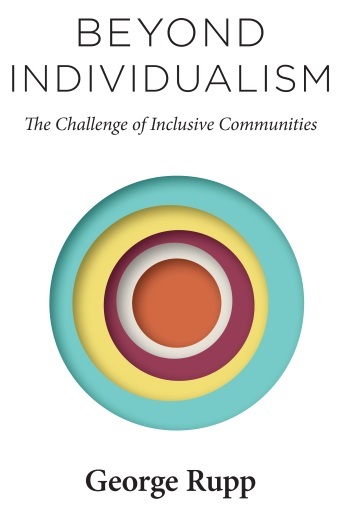 “The individualism that Americans embrace is all-too-often seen as an attack on the core values of more traditional societies. In such contexts, individualism is all too easily characterized as uncontrolled materialism and hedonism aimed at undermining the long-established commitments and practices of communities opposed to outside intervention.” — George Rupp

This week, our second featured book is Beyond Individualism: The Challenge of Inclusive Communities, by George Rupp. Today, on the final day of the week’s features, we are happy to present an essay by Rupp, in which he argues that the individualism embraced by both liberals and conservatives in American politics has a deleterious effect on both American domestic and foreign policy.

Especially in this campaign season, the cause of individualism is claimed across the conservative-liberal spectrum of contemporary U.S. politics. Conservatives affirm individual initiatives and embrace the liberty of individuals, often grounded in religious convictions. Liberals insist on the freedom of individual expression and action and view social order as the result of agreements among consenting individuals.

Yet this apparent agreement as to the merits of individualism has led, not to shared positive outcomes, but rather to a catastrophic under-investment in public goods.

Government funding for education at all levels has declined. The same is true for investments in the research that has undergirded global competitiveness. Similarly, the infrastructure for transportation requires massive attention. Less immediately evident but even more compelling for the long term is the imperative of care for environmental sustainability. In all such areas, the United States faces a tragedy of the commons even as private interests dominate in all sectors.

The under-investment in social goods is accentuated by the increasing spread between the income and wealth of the very top stratum of society and all other strata—not only the poor but also the middle class and even significant segments of what used to be the well-to-do. This increasingly unequal distribution of income and wealth is in any case troubling. But it is especially challenging when it includes reduced upward mobility not only in comparison with past American patterns but also compared to other Western societies that have significantly better recent records of movement from lower to higher income levels.

The challenges in domestic patterns have international ramifications as well. The most basic ones result from what will be an increasingly evident lack of international competitiveness over the long term. Reduced upward mobility, declining educational attainments, and smaller investments in infrastructure and research will all over time have powerfully negative consequences.

There are also current effects on international relations. The fact that the United States devotes proportionately less of its resources to global development than virtually all other wealthy countries is one measure of under-investment. But an even more direct impact of American individualism is evident in conflict areas around the world.

The individualism that Americans embrace is all-too-often seen as an attack on the core values of more traditional societies. In such contexts, individualism is all too easily characterized as uncontrolled materialism and hedonism aimed at undermining the long-established commitments and practices of communities opposed to outside intervention. Instances of these antagonistic positions are inescapable in Sudan, Afghanistan, and Iraq among many other conflicts.

In confronting the appeal of such characterizations, responses can and should highlight the myriad ways in which individualism is not antagonistic to the traditional values of community. There will unavoidably be areas of tension and disagreement—for example, in regard to the role of women or the prerogatives of elders. But what is crucial is to affirm the value of traditional communities and acknowledge that there are limits to the entitlement of individuals.

One point of conflict that is potentially an area of collaboration is religion. Religious allegiances can easily become a source of mutual antagonism. Indeed, inter-religious contention and distrust have at quite a few times—regrettably including the present—been drivers of hostility. Yet there is remarkable agreement across the entire range of religious traditions that individual attainment need not be opposed to affirming the value of community. Put positively, the faith, the insight, and the conviction of the individual presupposes a nourishing and supportive community.

While this mutual support is affirmed in Hindu, Buddhist, Confucian, and other initially Asian communities and also in Jewish, Christian, and Muslim traditions, it is not immediately evident in some of the more strident forms of modern secular individualism. This fact renders alleged American imperialism the more plausible as a target for attack. It is therefore incumbent on the U.S. for both principled and pragmatic reasons to embrace and commend the values of communities as fundamentally compatible with the core principles of individualism.

Both liberal and conservative traditions have contributions to offer. The individualism of conservatives includes explicit recognition of the role of the community in shaping the identities of its members. Religious communities figure prominently in this process, but voluntary associations of all kinds are also included. Similarly, the individualism of liberals includes the aspiration for community as well. In this case, the community is much more likely to be secular and at its most ambitious is universal in scope, seeking in principle to include all individuals everywhere, albeit often with little focus on particular local communities.

The challenge for both conservative and liberal advocates of individualism is to allow their shared albeit not identical commitment to community to gain enough traction to overcome the under-investment in public goods that is impoverishing our common life.