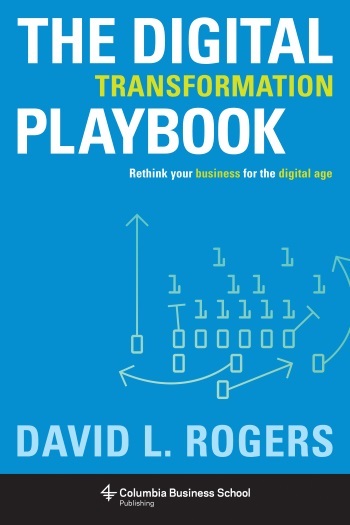 “Airbnb is an example of a platform—a class of businesses that are rethinking which competitive assets need to be owned by a firm (e.g., rental properties and trained service staff) and which can be managed through new kinds of external relationships. These platform businesses are part of a broad transformation of the domain of competition and the relationships between firms.” — David L. Rogers

In 2007, two recent graduates of the Rhode Island School of Design, Brian Chesky and Joe Gebbia, were struggling to pay the rent on their apartment in San Francisco. When they heard that the city’s hotels were fully booked during an upcoming design conference, they had an entrepreneurial idea: Why not rent out a bit of their space? They bought three airbeds (inflatable mattresses), put up a website, and, within six days, found three guest lodgers. Each one paid $80 a night. “As we were waving these people goodbye, Joe and I looked at each other and thought, there’s got to be a bigger idea here,” Chesky said. By the following year, they had teamed up with another friend, computer science graduate Nathan Blecharczyk, and started a business that they later named Airbnb.

By 2015, Airbnb had served 25 million travelers, providing them with lodging in over 190 countries around the world. But it doesn’t look like a typical global corporation in the business of providing lodging and hospitality. Instead of building hotels and hiring employees to serve customers, the three founders built a platform that brings together two distinct types of people: hosts with homes to rent (whether a spare room or their whole home while they are away) and travelers who are looking for someplace to stay. The company has minimal assets. In fact, it doesn’t own a single rental property. Yet it can offer travelers their choice of more than 1 million listings, ranging from a sofa or tiny guest room up to an actual castle (more than 600 are available to rent). The company takes a cut of the rental fee on each transaction.

Airbnb has only a few hundred employees but manages to book 40 million guest-nights per year because its platform is built to be as simple and self-service as possible for both homeowners and travelers. Its staff focuses on building a Web interface and mobile apps that make it as easy and frictionless as possible for a host to offer lodging or for a traveler to find a place to stay.

Much of Airbnb’s success comes down to building trust between the two parties. (Who wants to have their apartment trashed by out-of-town guests when they are on vacation? Who wants to show up at a dump that doesn’t match what you booked online?) Building trust begins with mutual ratings and reviews for both hosts and travelers but goes far beyond that. The company waits to release rental payments to the host until after the renter has checked in and verified they are happy with the property; it likewise holds onto the renter’s deposit until after they have left and the host has verified their home is in good shape. As further assurance, it provides each host with $1 million in insurance for damages. It has also added verification of both parties through detailed user profiles, ID verification, and links to social networks like Facebook. Travelers looking for options in a destination city can search by neighborhood, can read the company’s curated recommendations on where to stay, and can even use Facebook to find “friends of friends” who are renting out spaces. Its founders were even able to mix trust building and marketing: by hiring photographers to take pictures of lodgings for any host who requested it (for free), they offered better visuals for the host while guaranteeing visitors that the company had verified the location they were renting. This innovation alone rapidly increased growth in bookings.

Airbnb has grown at a phenomenal rate, with more rooms for rent than Hilton, InterContinental, or Marriott and nearly $4 billion in gross bookings in 2014. During that year’s World Cup games, out of 600,000 attendees who came to Brazil from around the world, 25 percent stayed at an Airbnb rental. Today, the company operates in over 190 countries. “Every country other than North Korea, Iran, Syria, and Cuba,” Chesky cheerfully told television host Stephen Colbert in a 2014 interview. That list has since been updated: when the United States reestablished ties with Cuba in 2015, Airbnb was one of the first American companies to announce it had launched a presence there.

Airbnb is an example of a platform—a class of businesses that are rethinking which competitive assets need to be owned by a firm (e.g., rental properties and trained service staff) and which can be managed through new kinds of external relationships.

These platform businesses are part of a broad transformation of the domain of competition and the relationships between firms. In the past, competition took place between similar rival businesses and within clearly defined industries with stable boundaries. Businesses created value within their own organization and in partnership with their suppliers and sales channels. But in the digital age, the boundaries between industries are blurring, and so is the distinction between partners and competitors. Every relationship between firms today is a constantly shifting mix of competition and cooperation.

Think of the television business. In the traditional view, a network like HBO partners with cable companies for distribution, and it competes with networks like Showtime or AMC—companies with the same business model and a similar offering for customers. But as digitization has transformed media, HBO has found itself competing with Netflix, an asymmetric challenger that is going after the same customers with a different pricing model and a completely different means of distribution. As the boundaries of the “television” industry have been redefined, HBO must compete for leverage against its distribution partners, cable companies like Comcast and Time Warner (which previously owned HBO’s parent company).

It also must compete for leverage against some of its own star talent, who now have the option to work with firms like Netflix or Amazon as they develop their own original programming for direct distribution to viewers. At the same time, three of the biggest broadcast television networks—ABC,
NBC, and Fox—have put aside their rivalry to cooperate in creating Hulu, a digital channel that aggregates all their content for online viewing with a mix of advertising and subscriber revenue. Clearly, the shape of interfirm competition and cooperation in the world of television has gotten very complicated.

The digital revolution is redefining competition and relationships between firms in several ways. It is supercharging the growth of platform businesses like Airbnb. For businesses like HBO, it is disintermediating and reshuffling channel and partner relationships. More broadly, it is shifting the locus of competition: competition is happening less within industries and less between similar companies that seek to replace each other; it is happening more across industries and between partners who rely on each other for success. Lastly, digital technology is increasing the importance of “co-opetition,” where companies that compete directly in some arenas find it valuable to act as partners in other areas. (See table 3.1; click to enlarge.)