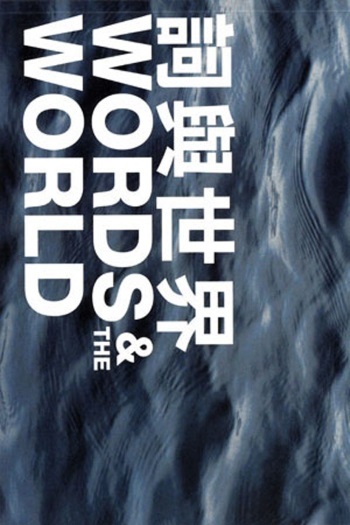 In (slightly belated) celebration of National Poetry Month, we are happy to present a guest post by intern Lizzie Tribone on the inimitable C. D. Wright, who passed away early this year.

International Poetry Nights in Hong Kong is a biennial gala celebrating poetry that unites poets from all over the world under a single theme. Each festival yields a box set of chapbooks written in connection with the festival theme and an anthology, which collects selections of the participating poets. The theme for the 2011 festival was: Words and the World. Poets in this year’s festival included Ling Yu, Paul Muldoon, María Baranda, Tomaž Šalamun, and the late C. D. Wright.

Wright was raised in Arkansas and after earning her MFA from the University of Arkansas, she went on to garner many accolades, notably the MacArthur Fellowship in 2004. She is praised as a true American poet who experimented with language and incorporated images and stories from her Southern upbringing. For the 2011 International Poetry Nights in Hong Kong Wright penned the chapbook, Flame, which is a part of the Words and the World twenty-volume set and the Words and the World anthology. Both feature a bilingual format, placing the English and Chinese translations side by side, as if in conversation.

C.D.’s poems in Flame, in particular, have a certain privacy to them that is encapsulated neatly in “What Keeps”: “We live on a hillside / close to water / We eat in darkness / We sleep in the coldest / part of the house / We love in silence.” These are poems of not an urban, but a hardly populated, lonesome landscape, recalling the self-reliance of the American frontier. And, as the title “Poem with Evening Coming On” suggests, her poetry tends to elicit a sense of imminent closure, as “only the crossing counts.” does: “The genesis of an ending, nothing / but a feeling, a slow movement, the dusting / of furniture with a remnant of the revenant’s shirt.”

The poems in Flame also speak to life’s habituation, as the “dog has appeared at the gate / for the second day in a row” marks either a coincidence or the beginning of a repetitive act that comes to be expected, relied upon. Sometimes this habituation takes on a communal aspect, as in “Gift of the Book,” when the “lights go off / all over / rhode island / everyone falls / into bed,” or at times, it describes the relationship between two individuals, like it does in “Like Having a Light at Your Back You Can’t See But You Can Still Feel,” in which a couple exchange words in bed at night.

While there is a stillness to many of C.D.’s poems, there is also, at times, insatiable energy. For instance, in “Poem in Which Her Mortgage Come Due,” she describes a woman with “knuckles of a hand spent in dishwater” surrounded by worn objects, like a jar of rhubarb, a suitcase of notes, and then jarringly shifts to a surreal image of the natural world: “the fiery fields / the fields on fire.” Or, in “Country Station Poem” speaks of the rushed lives of two anonymous individuals as “they line-danced they drank they fell down / … / they made plans they made plans.”

In the past, The Chinese University has put together anthologies of international poetry that center on themes like “Islands or Continents” in 2013, or most recently, “Poetry and Conflict” in 2015. “Words and the World” includes poets from all over the world, from Taiwan and Macau to Brazil, Ireland, and Slovenia. For now, C.D. Wright’s poetry can be remembered in at least one more language.