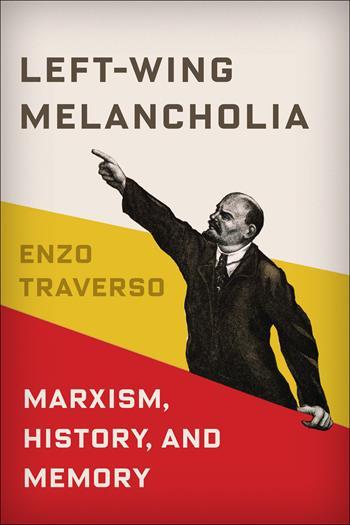 This post is part of an ongoing series in which Columbia University Press authors look at the implications of the result of the 2016 presidential election. Today, Enzo Traverso, author of Left-Wing Melancholia: Marxism, History, and Memory, argues that labelling Donald Trump a fascist is unhelpful, as “interpreting him through old categories [cannot] help us to understand the novelty he embodies”:

Is Donald Trump a fascist? Answering this question, frequently put in both Europe and the US, means speculating about what fascism would look like in the twenty-first century. Historical comparisons allow us to sketch analogies rather than homologies, and Trump is as far from classical fascism as Occupy Wall Street, los Indignados, and La nuit debout are from twentieth-century communism. This is a historical analogy, not a genealogy.

A few months ago, Robert O. Paxton, one of the most important historians of European fascism, ironically (and pertinently) affirmed that Trump probably never read any single book on Mussolini or Hitler. In other words, speaking of Trump’s fascism is not a matter of establishing a historical continuity. He does not come from this political tradition and this distinguishes him from most European far-right movements that come from this matrix, sometimes proudly claiming it—mostly in Central Europe—and sometimes trying to achieve respectability rejecting or distancing it, like the Front National of Marine Le Pen in France.

During his electoral campaign, Trump revealed many fascist traits: a charismatic conception of politics, authoritarianism, hatred for pluralism, nationalism, racism, xenophobia, misogyny, homophobia, and a populist style that considers citizens only as a crowd to mesmerize and mislead. His campaign reproduced some features of fascist anti-Semitism, which defined a mythical, ethnically homogeneous national community by opposing it to its enemies: for the Nazis this was the Jews, but Trump enlarged the spectrum, including Blacks, Latinos, Muslims, and non-White immigrants. In Trump’s rhetoric, the “Establishment” reproduced the old anti-Semitic cliché of a virtuous community rooted in land and tradition opposed to the anonymous, corrupted, intellectual, and cosmopolitan metropolis.

All these features have an incontestably fascist taste, but they remain superficial and simply concern the personality of Trump. Fascism is reducible neither to the temperament of a political leader nor to the psychological predispositions of his followers. The fact is that behind Trump there is no fascist movement: he is a TV star. From this point of view, he is much more reminiscent of Berlusconi than Mussolini. Differently from Mussolini, he does not come from the left and differently from Hitler, he is not a lumpen who discovered politics in a society devastated by war; like Berlusconi, on the contrary, he is a billionaire whose political activities will permanently collide with his private business. Thus, he never thought of leading a march of black (or brown) shirts on Washington, simply because there are not organized troupes behind him. Temperamentally, Trump is a “decisionist”—a leader who acts without any parliamentary, legal constraints—but he probably never heard the name of Carl Schmitt, the fascist theoretician of “decisionism.” And paradoxically, he was the nominee of the GOP, a historical pillar of the establishment itself.

Nobody knows Donald Trump’s “program,” except for his famous promises of expelling Muslims and Latinos and building a wall at the Mexican border. He simply announced an authoritarian turn, confirmed by his choices for the new administration. Economically, he eclectically merges protectionism and neoliberalism: on the one hand, he wishes to annul the free trade agreement with Mexico; on the other hand, he aims at deregulating finance and privatizing social services, which means abolishing the modest achievements of Obama’s healthcare policies. From this point of view, he is much more neoliberal than the European radical rights opposed to the euro, which claim a kind of xenophobic welfare state. Trump defends a form of authoritarian neoliberalism. He opposes ordinary people to the “establishment,” but he does not propose any social policy for defending them.

Classical fascisms worshipped the state, defended imperialism and promoted military expansionism. Trump, by contrast, seems more oriented towards isolationism, insofar as he criticizes the war against Iraq and supports an alliance with Putin’s Russia. In the field of foreign policy, his vision does not transcend his own business interests, as proven by his choice of Rex Tillerson for Secretary of State. Instead of fascism, which strongly affirmed the idea of national or racial community (stirpe, Volk), Trump preaches individualism. All in all, he embodies a xenophobic and reactionary vision of Americanism: a social-Darwinist self-made man, the avenger bringing arms, the resentment of a White population that cannot accept becoming a minority in a country of immigrants. He won the votes of only a quarter of eligible voters, i.e. a minority, and recalls the old WASP reaction against the Catholic, Orthodox, and Jewish immigrants from Southern and Eastern Europe.

Fascism was a product of the Great War and the collapse of the nineteenth-century European order. In this cataclysmic context, it offered a new project of society and civilization, causing many scholars to speak of a “fascist revolution” or a “third way” opposed to both liberalism and communism. Trump does not propose any alternative model of civilization; he simply offers a slogan: “Make America Great Again.” He does not wish to change the American social and economic model, if only because he has enormous private interests to defend in it. He simply wishes to make it more unequal, discriminatory and unjust.

Differently from fascism, which appeared in the time of a global crisis of capitalism and massive state intervention in the economy, Trump emerges in the age of financial capitalism, competitive individualism, and endemic social precariousness. Instead of mobilizing the masses, he attracts a huge audience in an atomized society. He does not wear a uniform as did Hitler and Mussolini, but rather prefers exhibiting his luxurious lifestyle like a Hollywood star. More than a new political project, he embodies a neoliberal anthropological model. The Bolshevik threat no longer exists.

Finally, the election of Trump has to be inscribed within an international context, between the European refuge crisis, “Brexit” and the next French presidential elections. It belongs to a right-wing populist wave that composes a post-fascist constellation. I am not sure that interpreting him through old categories can help us to understand the novelty he embodies.