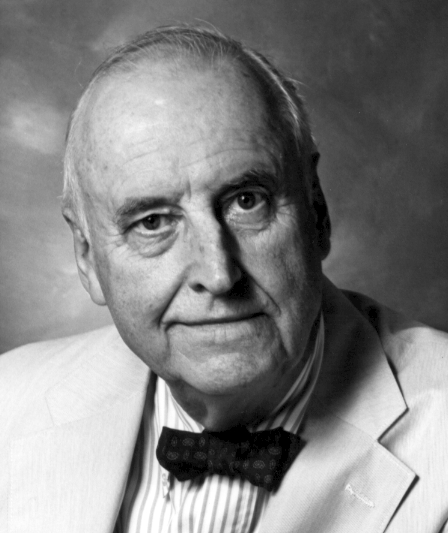 The following post is by Jennifer Crewe, associate provost and director of Columbia University Press. As an editor she worked with Wm. Theodore de Bary for many years before his death earlier this month.

Ted de Bary’s contributions to Columbia University, Columbia University Press, and America’s understanding of the East are immeasurable. All of Ted’s books mentioned in the recent New York Times obituary, and many more, were published by the Press. His extraordinary idea in the 1950s, to introduce and to teach the Asian humanities to Columbia students, was realized in part when he began to commission translations of key historical, philosophical, and literary source texts from China, Japan, and India. After all, he could not create a course for English-speaking students until at least some of the canonical works existed in English. Once the texts were translated, he enlisted the Press in publishing them so that they would be available to scholars and students across the country and around the world.

Groundbreaking books under Ted’s editorial direction and published by Columbia University Press are still in print and include the monumental primary-source collections Sources of Chinese Tradition, Sources of Japanese Tradition, and Sources of Indian Tradition. The first editions of these works were published in 1959, and The Sources of Chinese Tradition is one of our long-term best-selling texts. Early individual volumes in the Translations from the Asian Classics series, which Ted founded and edited, include Donald Keene’s Major Plays of Chikamatsu and Essays in Idleness: The Tsurezuregusa of Kenko; Burton Watson’s Records of the Grand Historian of China and Chuang Tzu: Basic Writings; and Ivan Morris’s translation of The Pillow Book of Sei Shonagon. From South Asia we published Chakravarthi Narasimhan’s The Mahabharata. The Chuang Tzu (now in pinyin transliteration as Zhuangzi) is another perennial best-seller. New translations were added in the 1970s and 1980s, including The Bhagavad Gita, translated by Barbara Stoller Miller, and Ryokan: Zen-Monk Poet of Japan, translated by Burton Watson. The Translations from the Asian Classics series gave American students, whose understanding of the “classics” was based on ancient Greek and Roman texts, new ways of thinking and understanding these ancient civilizations and their relevance to the modern West.

All in all, Columbia University Press has published 124 books in the Asian Classics series since its inception. In fact, the most recent book, The Songs of Chu, edited and translated by Gopal Sukhu, just landed on my desk a week ago. When I began as editor for Asian studies at Columbia University Press in the late 1980s I took a crash course in Asian civilizations by reading through the Sources books and talking to many scholars in the field. Eventually I began to suggest titles for translation and publication in the series. At first Ted was taken aback—no previous editor at the Press had ever done this, apparently—they just accepted what Ted sent in, never daring to question him. I have to admit I, too, found him intimidating. He had a list of things to do during the day and if you were on his list the phone call was curt, pointed, with few pleasantries or chit-chat, and he clearly expected “deliverables,” as we might say today. He had a mission to fulfill. When I saw his number come up on my phone I would grab a pen, take a deep breath, and hope for the best. Sometimes he would call and say, “Jennifer, this is Ted” (his calls always started that way). “Is there anyone in your shop who could do . . . ?” “My shop?” I always wanted to ask but never did.

I harbored a desire that he would one day see the Press as a partner in the enterprise of educating the public about Asia. Eventually—after at least a decade—my wish seemed to have been granted. He had grown to accept and to appreciate my desire to deepen and broaden the list that he had started. Together we added many important books: The Analects of Confucius, The Lotus Sutra, The Art of War, and The Tales of the Heiki among them.

Ted, with Donald Keene and Burton Watson, was one of a trio of “giants” in the field of Asian Studies. All three were born almost a century ago and began to learn Japanese during World War II. Each received degrees from Columbia and taught there, and all, I am proud to say, wrote or edited many, many books that were published by Columbia University Press. Ted led the way and worked alongside master scholar-translators Keene and Watson. Together they shaped the West’s understanding of East Asian culture. Ted’s vision, his editing of the Sources books and other key anthologies, and his own works of scholarship laid the groundwork for the kind of institutional shifts that have made Asian studies such a vital facet of the twenty-first-century university. His last book, The Great Civilized Conversation: Education for a World Community, published in 2013 (when Ted was ninety-four), argues for a concrete link between teaching the classics of world civilizations and furthering global humanism and represents a capstone to his intellectual achievement.