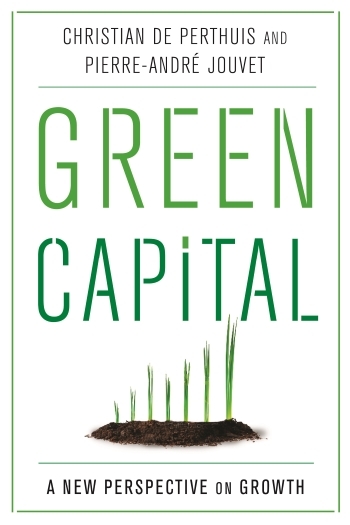 “Despite the supportive discourse of international organizations like the OECD and the World Bank, which has lent credibility to the idea of “green growth,” these new environmental concerns remain on the periphery of political and economic decision making. Worse, following the deep recession of 2008–2009, the outlook of decision makers has shortened: what counts now is a rapid return to growth and the reduction of unemployment. As for the color of growth, they seem to say, we’ll think about that later!” — de Perthuis and Jouvet

This week, our featured book is Green Capital: A New Perspective on Growth, by Christian de Perthuis and Pierre-André Jouvet, translated by Michael Westlake. Today, we are happy to present the introduction to Green Capital, in which de Perthuis and Jouvet explain the necessity and possibility of including and prioritizing climate policy in larger policy discussions, as well as giving a quick run-through of the topics that their book covers.

Don’t forget to enter our book giveaway for a chance to win a free copy of Green Capital!