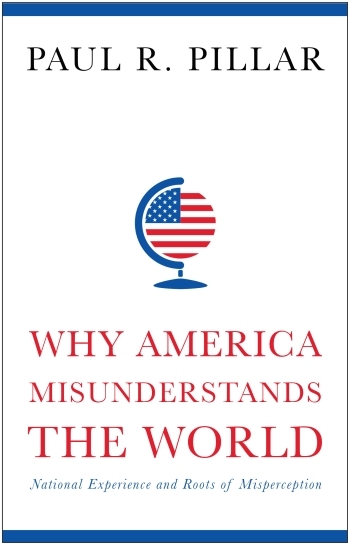 “A nation’s culture—which itself has been shaped by all of the physical, political, and historical circumstances that have made that nation what it is—powerfully influences its citizens’ perceptions. A culture determines much of what the people who are part of that culture take to be factual knowledge. American culture and everything that has gone into it constitute a prism that slants, distorts, and colors how Americans see what is around them. Sometimes the distortion is so great that they fail to see some things at all.” — Paul Pillar

This week, our featured book is Why America Misunderstand the World: National Experience and Roots of Misperception, by Paul R. Pillar. Today, we are happy to present an excerpt from the first chapter, “The American Prism,” in which Pillar discusses how “the distorting and coloring prismatic effects of being an American … extend to how [Americans] perceive the world outside their national borders.”